The Outbreak of the Iraq-Iran War – Part II 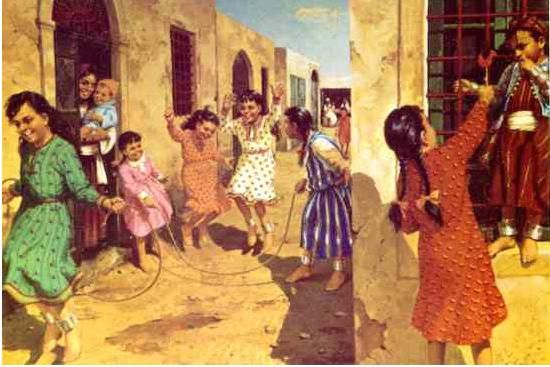 The news constantly reported the Iraqi military victories and the number of the dead soldiers and prisoners of the Iranian army. The policy of the press was to cover up the defeats and the losses of the Iraqi army. However, the government could not fool the Iraqi people for long. For several years, there were massive casualties to soldiers and civilians in both countries and destruction to the military equipment and infrastructure. Many women lost a son or two, or even had been widowed at a young age. I personally lost several cousins to that war. We were, as children, surrounded by terror, grief, and confusion, which certainly damaged our childhood. That environment forced us to change rapidly from innocent children who were supposed to care mostly about playing and having fun to a confused version of childhood, we were lost between two worlds – the world of childhood and the world of adulthood.

My dad worked two jobs as a teacher. He worked mornings at the elementary school and evenings at a literacy school for both men and women. The education system in Iraq was very strong. President Saddam Hussein ordered that the illiteracy rate in Iraq be eradicated. Anybody who disagreed with his plan to eliminate illiteracy could lose their jobs. At the very least, they would not advance or be promoted, even if they were the most qualified candidate. 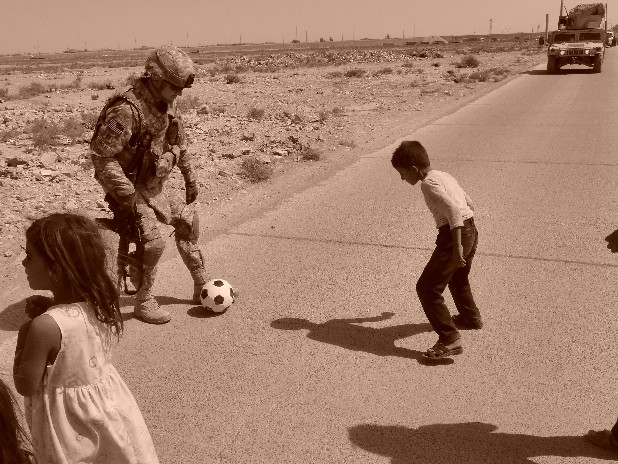 My dad used to travel a long distance to get to his work at the literacy school. These types of schools were not located in the center of Baghdad, but in remote areas which lacked public transportation. That alone was a very time consuming and exhausting daily process for him. In addition, my dad was required to participate in military training on using weapons. In case of a national emergency, he and his colleagues would be expected to join the war effort against Iran.

It was not easy for my mother to take responsibility for the whole family, with my father gone such long hours. Sometimes my dad would join us for lunch in between his two jobs. We would gather around him and want to talk and play with him. My siblings and I did not like it when he would get ready to leave. He would tolerate us asking why he had to leave. However, he would feel aggravated whenever we asked him why he had to wear the army uniform. We begged my dad to stay longer with us. He would smile and promise to come back soon. But that did not satisfy us unless he would promise us he would bring cookies with him. 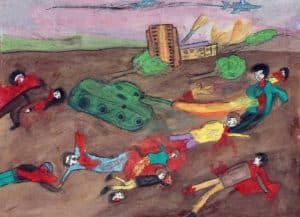 The psychological effect of the war on us as children was more than we could comprehend at that early age. Yes, we still used to get together with our cousins and neighbors to play. Nevertheless, most of the time we would go to one of our unoccupied rooms, to be alone to play. We pretended that we were singing in a choir. The songs we used to sing mostly were the patriotic songs. I remember us shedding tears while we were singing. How would a child be able to pretend being sad the sadness to the point of crying? I believe that was our only way to express all these suppressed feelings of anxiety, fear, and instability we experienced under the war.