Five Daughters & No Son – Part I

Arab families are generally patriarchal so having five daughters in a row was a continuing pressure on my parents for many years. With every pregnancy, my mother would pray and even fast to become pregnant with a boy. She actually had her first baby boy after having two girls, and my mother felt great relief. She could relax now and be confident again of her ability to give birth to a boy. She could plan a party and almost everybody in the village would be invited. Well, in reality, whoever heard about the great news of Kamoura’s could join the party and celebrate without waiting for the invitation.

Unfortunately, the joy my parents experienced did not last for long. In the early seventies, Iraq had very limited resources to cure and fight disease, so my little brother died when he was a few months old and my parent’s dream of having a son died with him. My mother was in deep sorrow. The entire village came to pay their respects to my parents. Believe me, as harsh as this sounds, if one of my sisters had passed away, not many would feel obligated to come and be with my parents to comfort them. Why? Because most simply felt and also said, “It is okay. Don’t be sad. You have other girls,” as if mothers could determine or regulate their emotions based on the gender of their child. 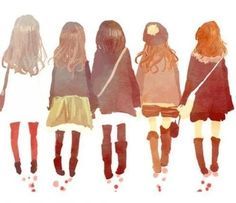 After my brother died, it was my turn to be born into this world without knowing that my parents wished and hoped to have a boy. It seemed like my dad gave up. He wanted to name me Zain, which is actually a boy’s name, but my mom did not like that name so my parents named me Zina. My parents told me that as a young child, I was very kind to them and I tried to gain their favor. I was very attached to my dad and wanted to go with him wherever he went, since he used to travel often in his position as a teacher. I sometimes wonder why I was so connected to my dad. It could be that I felt the burden he had about not having a son and I wanted to comfort him and let him know everything would be alright. My dad was highly respected by everyone not just because he was a wonderful man, but also because he was a teacher. Being a teacher in the early seventies was considered a top-notch career. However, people around my father felt sorry for him because he did not yet have a son. 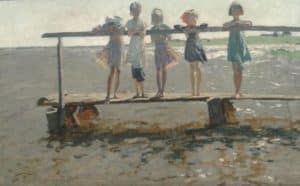 I remember my father telling me once that my mom was pregnant with her fourth child. When it came the time to deliver, my dad was out of town and nobody could reach him. Cell phones and Facebook were not invented at that time. On his way home, one of my dad’s cousins saw him and asked him to join his family for a meal. That was a custom and still is, since hospitality is a big part of our culture. At that time people used to travel long distances to get to their jobs. Public transportation was not always available so by the time he got home he would be very exhausted. His cousin was about to tell him the bad news, but he wanted my dad to get some rest and eat first; he then told my dad that my mother had another girl and asked my dad to not be sad. My dad’s response was, “Girl or boy, that is what God’s will is and I am thankful that my wife and the baby are in good health.”